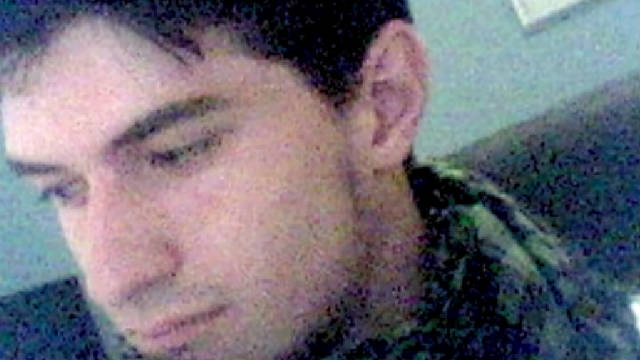 (CNN) -- A Kosovar has admitted shooting dead two American servicemen and injuring two others in an attack on a U.S. Air Force bus in Germany, his lawyers said Wednesday.

Arid Uka, 21, appeared in court in Frankfurt where he faces murder charges over the March 2 shooting outside Frankfurt International Airport, in which Nicholas Alden and Zachary Ryan Cuddeback of the U.S. Air Force died.

Uka "deeply regrets the crime he has committed," according to a statement provided by his lawyers, Michaela Roth and Jens Joerg Hoffman, and made a full confession to the court.

At the time of the incident he was "under influence of extreme Islamistic propaganda," his lawyers said, but this was not the sole reason behind his actions.

On the eve of the shooting, Uka had watched an Internet video that he thought showed American soldiers severely mistreating a young Muslim woman, they said.

Believing the clip was real, he had reacted by shooting the servicemen in an attempt to prevent such abuse happening in Afghanistan, the lawyers said.

The court heard the video clip was in fact a scene from the U.S. anti-war film Redacted, German media reports say. The Brian De Palma drama is based on the rape and murder of an Iraqi girl by American soldiers in Mahmoudiya in 2006.

"He is now aware that he has been misguided by Islamistic propaganda," and that his deeds are not in accordance with his Islamic faith, Uka's lawyers said in their statement.

They added that Uka was keen to bring the case to an end as quickly as possible, for the sake of the survivors and families of the victims.

He is believed to have acted alone, German officials have said previously.

According to a complaint filed by the U.S Department of Justice in June, Uka shot Alden in the head before boarding the bus and shooting Cuddeback.

He then continued to fire, injuring two other servicemen while shouting "God is great," the complaint said.

When his weapon jammed, Uka ran from the bus and was later arrested by German police, the complaint said.

Uka, a Muslim from Mitrovica in northern Kosovo, moved to Germany with his parents as a child.