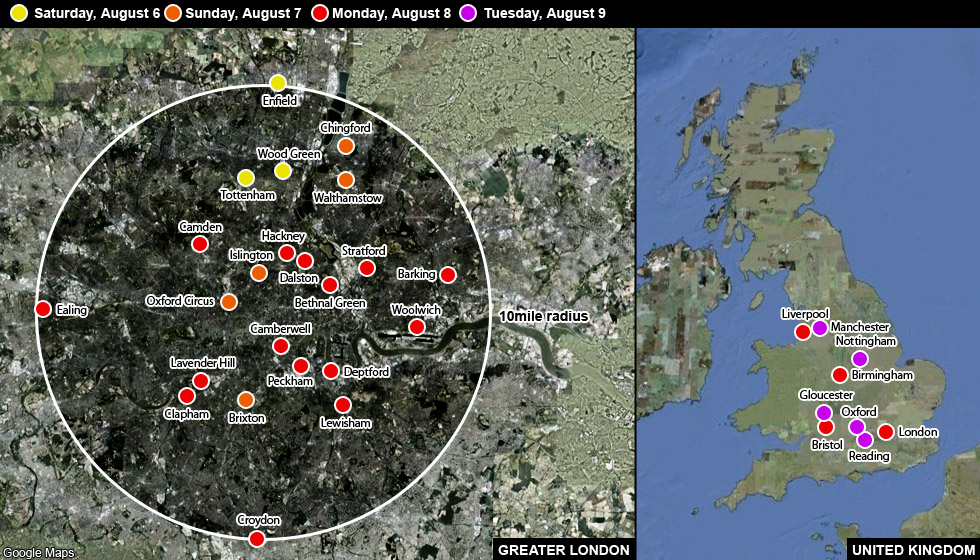 London, England (CNN) -- The above map pinpoints various hotspots in London and the United Kingdom that have seen violent confrontations between police and hooded youths in the past three days.

Riots and looting began in the north London suburb of Tottenham on Saturday August 6 and has continued in the nights since.