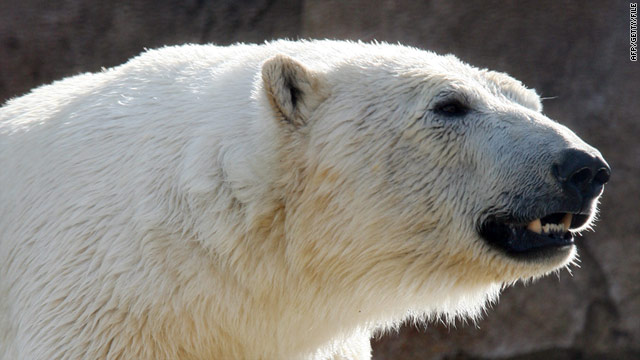 The polar bear was shot dead following the attack, on the Von Postbreen glacier in the Norwegian Arctic.
STORY HIGHLIGHTS
RELATED TOPICS

London (CNN) -- The organization that oversaw a school trip to the Norwegian Arctic where a polar bear attacked and killed a 17-year-old boy on Saturday has ended its expedition.

The British Schools Exploring Society (BSES) said that they, police and local authorities "feel it would be wrong to continue their expedition in light of the tragic incident."

BSES identified the boy who was killed as Horatio Chapple. The organization has been in touch with all of the families affected by the attack -- four others were injured; two severely -- who gave their support and understanding, the group said.

"Horatio was so excited about his plans to be a doctor, strong, fearless and kind with an amazing sense of humour and an ability to laugh at himself," his family said via BSES. "He was on the cusp of adulthood and had a clear vision of where his life was going."

A polar bear attacked the students' tents on Friday as they took part in a school trip to the Norwegian Arctic archipelago of Svalbard, officials.

The group who was attacked -- 11 students and two leaders -- belonged to a British school and were at the Von Postbreen glacier.

The BSES expedition was made up of seven teams known as "Fires," the group said. The team that was attacked was taking part in a long-term project to study glaciers and document changes from previous expeditions as they looked into climate change, BSES said.

The two leaders, Andy Ruck and Spike Reid, sustained severe injuries, the organization said, and have been stabilized after operations.

Every other team in the field returned to the base camp and are safe and accounted for, BSES said.