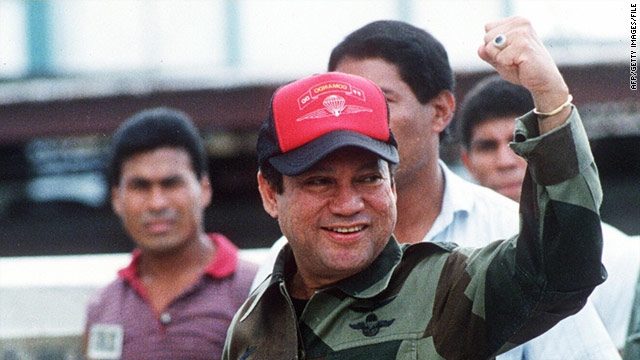 (CNN) -- France has ordered the extradition of former Panamanian leader Manuel Noriega to Panama, where he faces charges that he ordered a political rival to be killed.

The former dictator has a month to appeal. He was notified of the extradition order on July 29, a French Foreign Ministry spokesman said Wednesday.

Last year, a French court sentenced Noriega to seven years in prison for money laundering. Noriega also was fined almost 2.3 million euros ($2.9 million), the amount of drug money he was accused of laundering through French banks.

Noriega could be back in Panama by early September; that's when he has a final court date mandated after the appeal term is up. But Noriega's lawyer, Yves Leberquier, said the former leader will not appeal the extradition order.

During the French trial, Noriega told the court he once had a strong relationship with the United States. However, the United States gave consent to French authorities to begin the process to extradite Noriega.

The U.S. government has portrayed Noriega as the ultimate crooked cop -- a man who was paid millions by the Medellin drug cartel in Colombia to protect cocaine and money shipments.

He was in U.S. custody from 1990 and was convicted of drug trafficking and other crimes.

U.S. Secretary of State Hillary Clinton cleared the way for Noriega to be sent to France in April 2010 after he spent 20 years in a U.S. federal prison.

Panamanian officials want him to face justice there in the case of the killing of Hugo Spadafora, a doctor and political opponent of Noriega. Noriega was convicted in absentia of being involved with the kidnapping and killing of Spadafora in 1985.