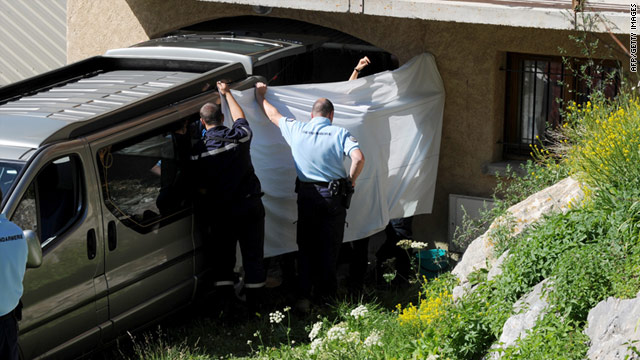 Officials hold a white sheet up to block the view as bodies are loaded into a mortuary van Sunday.
STORY HIGHLIGHTS
RELATED TOPICS

(CNN) -- The bodies of six climbers were found Sunday in the French Alps, authorities said.

After a hiker spotted the bodies, they were brought by helicopter to the nearby village of Villar d'Arene, local police said, according to a report on French state radio.

"It is assumed that there was an avalanche of snow and stones," Cret said.

French police said "all hypotheses are possible" about how the mountain climbers died. "They could have been victims of a broken snow bridge, a fall or an avalanche," the state radio report said.