Faith and secularism in Turkey: A divide or a synthesis? 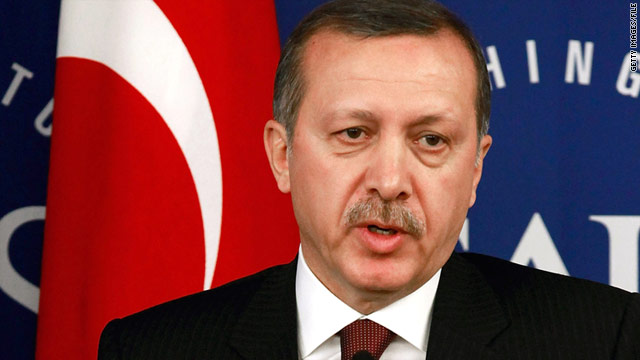 (CNN) -- Analysts, politicians, pollsters and citizens of all stripes are in agreement about this Sunday's parliamentary election in Turkey.

The ruling AK party, a movement enthusiastically backed by pious Muslims and popularly led by Prime Minister Recep Tayyip Erdogan, is expected to waltz to victory.

That troubles some Turks, including retired diplomat Candan Azer.

A former Turkish ambassador to Pakistan and to Poland during a 40-year career in public service, Azer believes Erdogan is trying to remake the secular Turkish system into an Islamic republic and that's anathema to him.

Erdogan "doesn't believe in democracy," Azer said, just in himself and what he's read in the Quran. "I'm one of those who are concerned."

Azer reflects the views of a good number of Turks who embrace the secular ideals of the modern state's founder, Kemal Ataturk, and fear that the AK and its supporters might be undermining its key elements: the country's pro-Western identity, gender equality, educational and economic progress, and Turkey's constitution, which defines the country's system as democratic, secular, and parliamentary.

Many observers say the secular system has been as intolerant toward religion as Islamic rule is toward modernism.

And under Erdogan, religious restrictions prevail as well, according to the U.S. Commission for International Religious Freedom. The group says in its latest report, "state secularism" has restricted religious freedom for minority religions and also for majority Sunni Muslims.

Lately, frictions over the ideal and the growth of religion have taken a back seat to criticism of Erdogan's political style, seen by some as authoritarian, intolerant and polarizing.

But the interplay between the religious and the secular in Turkish society remains a complicated undercurrent in the country, according to scholars who study Turkish issues.

"It's a very touchy debate," Bulent Aliriza, director and senior associate of the Center for Strategic and International Studies' Turkey Project. "We have a very uneasy co-existence between the secular system and the increasingly more open expression of greater religiosity."

Polls predict Erdogan's party is likely to once again win a majority of seats in parliament. The question is whether the AK Party will be able to capture 367 parliament posts out of the 550-person body. That two-thirds majority would allow Erdogan to unilaterally rewrite Turkey's constitution, without having to go to a referendum.

Will there be moves in the future by AK to change the constitution and relax secularism?

Aliriza doubts it because only a minority of Turks openly profess such a goal.

Moreover, a synthesis has evolved in Turkish society among the people who exhibit secular and religious behavior simultaneously, not surprising in this well-traveled bridge between east and west.

"You could not go out and say we will institute the sharia or establish an Islamic state, as it would fail. The average Turk is not like an Iranian or a Saudi," said Aliriza.

At the same time, people who ignore Turkey's continuing religiosity are making a mistake, as the continuing support for AK confirms.

It's a country where religious and secular contradictions are evident in one's garb and taste, Aliriza said. Turkey is still constitutionally and legally secular but "the country has become more overtly religious."

"Strict Muslims shun alcohol, but many people drink raki at night and still go to the mosque on Friday," he said, a reference to the popular alcoholic beverage regarded as Turkey's national drink. A woman might don an Islamic headscarf but at the same time she will wear tight-fitting jeans.

Erdogan has said the AK is not an Islamist party and it respects secularism, Aliriza said. He may not like alcohol consumption but he has asked Turks, "Have we interfered with the way you drink? You can drink till you throw up," Aliriza said.

But his rhetoric champions Islam and weakens the secular idea, Aliriza said. Beyond Turkey's borders, Aliriza said Erdogan expresses support for Palestinians in terms of Islamic solidarity. About Libya, Erdogan says, "we don't want outsiders interfering in our world," a reference to Muslim solidarity, Aliriza said.

Aliriza believes the Republican People's Party, the Kurds and the National Action Party -- the major opposition forces -- will get enough votes and parliamentary seats to dilute Erdogan's power somewhat.

You could not go out and say we will institute the sharia or establish an Islamic state, as it would fail. The average Turk is not like an Iranian or a Saudi.
--Bulent Aliriza, director and senior associate of the Center for Strategic and International Studies' Turkey Project

Critics of Erdogan have pointed to the Ergenekon investigation, a probe into an alleged gang led by ultra-secularist Turkish military officers aimed at toppling Erdogan's Islam-inspired government, the jailing of journalists, and the influence of the Fethullah Gulen religious movement on the AK. Many fear that Turkey will evolve into an Iranian-style country.

Berna Turam, a sociologist who teaches at Northeastern University in Boston, notes that the pious ways of life are starting to become more predominant, but only the more conspiracy-minded think Turkey will become like Iran.

"The argument that they are Islamist always sounded superficial. It's obvious Turkey won't become Iran. The countries have entirely different historical trajectories."

She stresses that the pious Muslims of Turkey are not jihadists or proponents of movements like al Qaeda.

"I've never met a Turkish Islamist who would like to overthrow a Turkish state and form a sharia state," she added.

She said even though the AK has a built-in conservatively religious constituency, they've attracted non-pious voters, a chunk of the populace that believes the party can get things done.

The secularist opposition is seen as very weak, and many of them have displayed anti-democratic attitudes, such as intolerance toward religion and support of military intervention in civilian life.

Several AK religious supporters admit that they will vote for Erdogan because of a lack of a viable alternative, Turam said. The numbers of people who are hardcore Kemalists are shrinking. Many democrats, including those on the left, have more tolerant attitudes toward pious people and have found ways of interacting with them.

Turam says the AK Party is simply wielding power now the way past governments have, but she doesn't believe Erdogan is trying to make the country sharia-based and have the Quran be the law of the land, because secularism is too ingrained.

The pious, she says, champion conservative lifestyles, although many "so-called" Islamists are secularized in everyday life.

One example of how they are unlike fundamentalist Muslims is that they don't shun using interest in banking.

"It is the opposite of thinking the interest rate is the sin," she said.

Muslim people are becoming more powerful, richer and richer, and "they have become the champions of the free-market economy."

Turkey, in fact, has enjoyed an unprecedented period of economic stability and growth since Erdogan's AK Party first swept to power in 2002 elections.

Ahmet T. Kuru, an assistant professor of political science at San Diego State University, disagrees with people who argue that there's been a growing Islamism in Turkey during Erdogan's stint in office.

That's because, he says, there's always been a strong religiously conservative bent in the country since the secular modern republic was founded and secular parties dominated in government.

What has been happening in the last few years under Erdogan is that there's been a change in the balance of power, with the state becoming "more and more tolerant toward religion in the public sphere," Kuru said.

"If someone thinks there's a public change, the only thing is that there was a gap between the elite and the masses."

He thinks secularism in Turkey will persist, but it will be more of a passive and tolerant force.

He hopes there will be a consensus between the AK and the Republican People's Party if politicians decide to amend any aspects of the constitution.

The society is diverse, he said, and there are disagreements among the religious. AK is not monolithic.

But Azer said what differentiates Turkey from other Muslim countries is its secular system.

"If the AKP gets a majority in the Sunday elections enabling him (Erdogan) to change the constitution whichever way it wants to change, I can state without hesitation that the secular nature of the political system will face, I am afraid, an unrepairable damage," he said. "God forbid!"