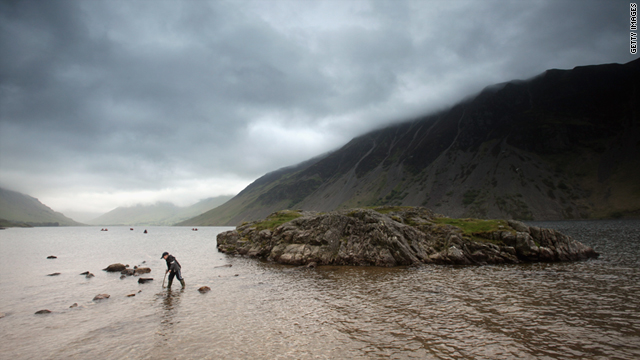 Wastwater is part of Lake District National Park, which is found in the mountainous county of Cumbria. Cumbria is in northwest England, bordering Scotland and facing the Irish Sea.

For the first time since we started this little weekly contest, nobody got the answer correct.

If only "beelzel" went with his (or her) first instinct: "Though it looks like the Lake district in England ... my vote is Lake Como, Italy." Oh, so close!