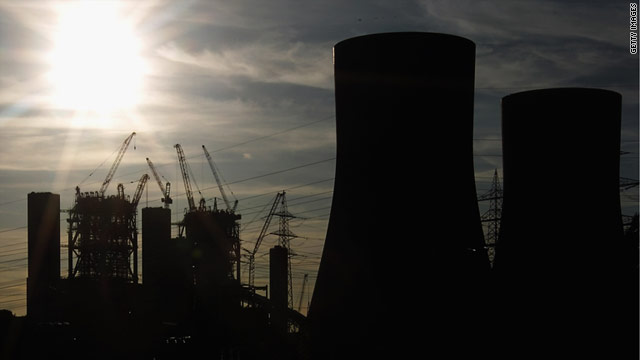 (CNN) -- Carbon emissions from energy use reached a record level last year, up 5% from the previous record in 2008, the International Energy Agency said.

The Paris-based agency called the findings a "serious setback" to limit global temperature increase to 2 degrees Celsius (3.6 F), which was set at the U.N. climate change talks in Cancun, Mexico, last year.

"Our latest estimates are another wake-up call," said Fatih Birol, chief economist at the IEA. "The world has edged incredibly close to the level of emissions that should not be reached until 2020 ... it will be extremely challenging to succeed in achieving this global goal agreed in Cancun."

Carbon emissions climbed to a record 30.6 gigatonnes in 2010. For the 2-degree goal to remain attainable, emissions in 2020 can't be greater than 32 gigatonnes.

And for that to happen, carbon dioxide emissions over the next 10 years has to rise less than they did between 2009 and 2010, the agency says.

2010: Cutting emissions on your car

But some scientists think the 2-degree goal is overly optimistic, suggesting a 4-degree increase is likely during the 21st century.

In an issue of the British journal "Philosophical Transactions of the Royal Society A" -- scientists argue that delays in reducing emissions is making the target of 2-degree "extremely difficult" and "arguably impossible" to achieve.

This, they say, raises the prospect of dangerous temperature rises later in the century.

Kevin Anderson, co-editor of "Four degrees and beyond: The potential for global temperature increase of four degrees and its implications," said last year: "Emissions are going in completely the wrong direction. A rise of two degrees Celsius is much more challenging than is widely accepted."

"These sorts of changes will certainly have some devastating impacts for ecosystems and for many people living around the planet," Anderson said.

If the predictions hold, sea levels could rise two meters by the end of the century, displacing around 2.5% of the world's population over the course of the century.

Furthermore, rainforests will be at risk of retreat in eastern Amazonia, Central America and some parts of Africa, according to a paper by Przemyslaw Zelazowski from the Environmental Change Institute at Oxford University.

"What we do know, with a high degree of certainty, is that emissions are going up, and we know the sorts of rates they are going up at," Anderson said. "Unless we see some significant changes, we are going to see some much higher temperatures."