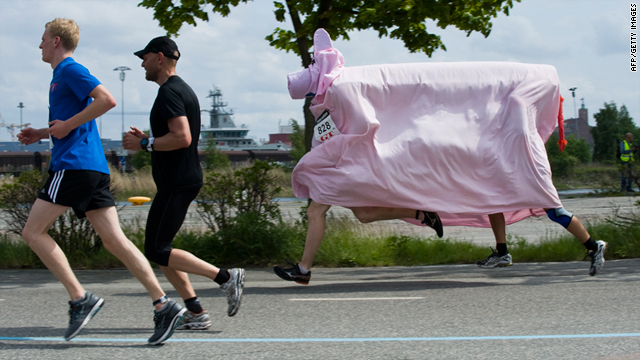 The race, known as Göteborgsvarvet in Sweden, took place May 21 and is one of the most popular half marathons in the world. More than 59,000 runners signed up to compete in the race, which has been held every year since 1980.

Gothenburg, a seaport on Sweden's southwestern coast, is the country's second-largest city behind capital city Stockholm. According to the race website, Gothenburg "offers the charm of a small town and the opportunities of a big city with museums, a fantastic amusement park, good food and a lot of different activities."

The only person to correctly answer this week's photo challenge was "TheStreak," who added that "elaborate costumes have become quite common" for the race.