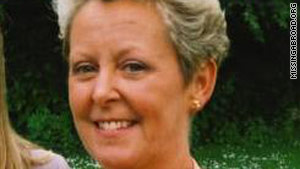 (CNN) -- A British woman beheaded in an apparently random supermarket attack in Spain's Canary Islands has been identified as grandmother Jennifer Mills-Westley.

She was retired and living between Tenerife in the Canary Islands and France, where a daughter and grandchildren live, her family said in a statement Saturday.

"She was full of life, generous of heart, would do anything for anyone," said her daughter, who was only identified as Sarah.

The family is "devastated by the news of her death," her daughter said.

"We now have to find a way of living without her love and light," she added.

Murphy said he did not know her personally, having joined the council after she retired, but that he planned to have current and former council employees put together a tribute to her.

A knife-wielding man attacked a Mills-Westley in a supermarket, eventually cutting off her head and running away with it, government officials in Tenerife said Friday.

The man entered a shopping center in the town of Arona, in the Cristianos area of Tenerife, and stole a knife from the supermarket before attacking the apparent stranger, a central government spokeswoman said.

Shopping center security guards were alerted and chased the man, subduing him until police arrived.

The man, whom national police in Tenerife identified as a Bulgarian, was apparently known in the shopping area, the government spokeswoman said.

The British Foreign Office confirmed Friday that a British national had died in Tenerife. British officials there are in contact with Spanish authorities about the incident, the Foreign Office said.

CNN's Al Goodman, Per Nyberg and Bharati Naik contributed to this report.