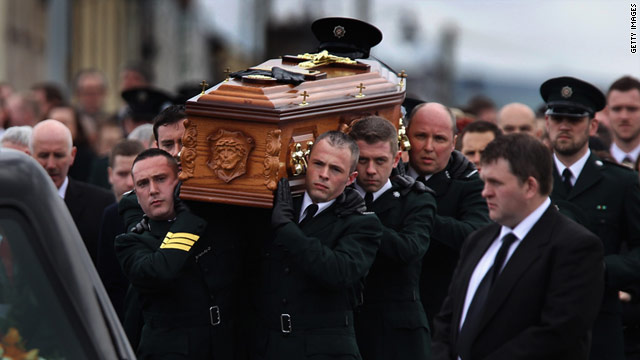 The bin was located in a van abandoned outside Newry, along the main roadway between Dublin and Belfast, said District Commander Alastair Robinson of the Police Service of Northern Ireland.

He blamed the foiled attack on dissident republicans who are accused of killing a police officer with a booby-trap bomb in Omagh on April 2.

Local politicians said the bomb uncovered Saturday could have unleashed a disaster on the scale of a 1998 attack in Omagh, where an 800-pound bomb killed 29 people.

Dissident republicans are those who want Northern Ireland to be Irish rather than British, and do not accept the 1998 peace deal that largely ended decades of violence in the region.