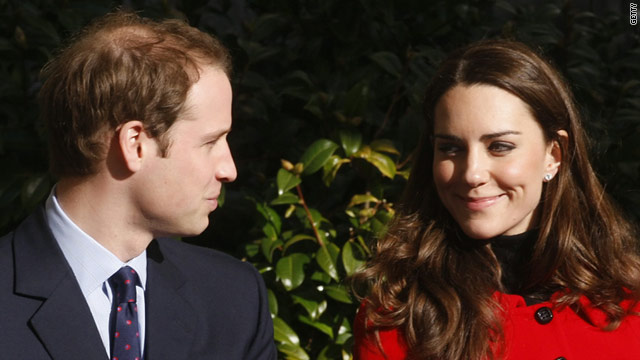 Paris (CNN) -- The Alexander McQueen fashion house denied Sunday that it is designing the wedding dress of Kate Middleton, who's marrying Britain's Prince William next month.

Two representatives of the high-profile design house flatly denied the story in the Sunday Times newspaper.

"This is not true," spokeswoman Myriam Coudoux said when CNN asked if McQueen creative director Sarah Burton was designing the dress.

"We're not commenting on the specific designer for the dress, because Catherine Middleton wishes to keep the designer a secret until the wedding day," Clarence House said Sunday.

Prince William, the second in line to the British throne, is marrying his college girlfriend Middleton at Westminster Abbey on April 29.

The Sunday Times says Middleton will wear a dress designed by Sarah Burton, the creative director of Alexander McQueen.

Both Burton and McQueen chief executive Jonathan Akeroyd flatly deny the story to the Times.

But the newspaper claims Middleton was impressed by a wedding dress Burton designed for the daughter of Camilla, Duchess of Cornwall, the wife of Prince Charles. The article does not cite any sources.

William is the older son of the late Diana, Princess of Wales, and Prince Charles, Queen Elizabeth's oldest son and the heir to the throne.

CNN's Lianne Turner in Paris and Eileen Hsieh in London contributed to this report.