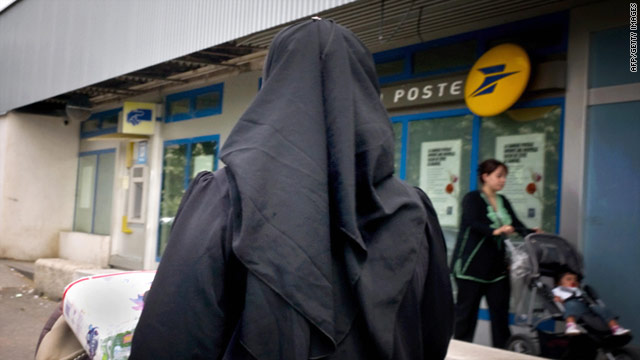 A survey in 2010 found that more than four out of five French people backed a ban on wearing the burqa in public places.
STORY HIGHLIGHTS
RELATED TOPICS

Paris (CNN) -- France's law banning the burqa and other Islamic face coverings in public places will go into effect on April 11, the prime minister's office said.

The law imposes a fine of 150 euros ($190). The person breaking the law can be asked to carry out public service duty as part of the punishment or as an alternative to the fine.

The law, which was enacted in October, set down a six-month period to inform people of the penalty before it went into effect.

Penalties for forcing a person to wear a burqa are part of the law, and they became effective immediately in October.

The government has called this coercion "a new form of enslavement that the republic cannot accept on its soil."

The practice has sparked a debate over religious freedom.

Lawmakers have also cited security reasons for forbidding people from covering their faces in public.

French people backed the ban by a margin of more than four to one, the Pew Global Attitudes Project found in a survey last year.