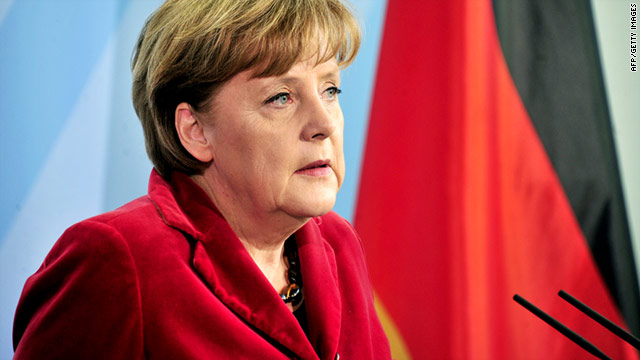 Merkel made the announcement a day after Defense Secretary Karl Theodor zu Guttenberg resigned amidst a scandal involving alleged plagiarism in his doctoral dissertation. Guttenberg had been considered a rising star in Merkel's government.

Merkel said the moves would be confirmed by Germany's Federal President Christian Wulf on Thursday. She described de Maziere as a close personal and political friend, and said she believes he will quickly win the support of members of the German armed services.

De Maziere "will see through the reform of the armed forces efficiently and thoroughly," Merkel promised.

Guttenberg, who had been defense minister since October 2009, said Tuesday he was stepping aside because the controversy surrounding the plagiarism allegation was becoming a distraction.

"When I become the center of attention on the backs of the soldiers who I'm responsible for, then I cannot justify remaining in office," he said.

"Because the German army, the academic community, and the parties who back me are in danger of being damaged, I am taking the step that I would expect others to take," he concluded.

Merkel said Tuesday she had "accepted Karl-Theodor's resignation with a heavy heart."

Guttenberg, 39, is a member of the Christian Social Union party, which is closely allied with Merkel's Christian Democratic Union. He studied law and politics in Bayreuth and Munich, according to his official biography.