By the CNN Wire Staff and Laura Allsop for CNN 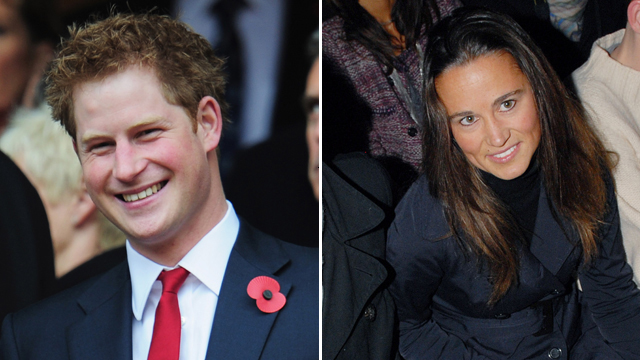 Prince William's younger brother Prince Harry will be his best man while Kate Middleton's sister Philippa will be her maid of honor.
STORY HIGHLIGHTS
RELATED TOPICS

London, England (CNN) -- Prince William's younger brother Prince Harry will be his best man when he marries Kate Middleton in London in April, Clarence House announced Monday. Middleton's sister Philippa will be her maid of honor.

William, who is second in line to the throne, is due to marry his long-time girlfriend April 29 at Westminster Abbey. Prince Harry is currently third in line of succession.

Royal protocol states that the groom should have a "supporter" rather than a Best Man and speculation was rife that Prince Harry would be named supporter, and another friend of Prince William announced as his best man.

Prince Charles elected his brother Prince Andrew to be his "supporter" when he married Diana, Princess of Wales in 1981.

Naming Harry best man is a break with protocol, and is being taken as an indication of William and Kate's more modern approach to their upcoming wedding, which is taking place at Westminster Abbey on April 29.

Harry will be organizing the Prince's "stag" or bachelor party. Meanwhile Philippa, or "Pippa," will be expected to pull together Kate's "hen" or bachelorette party.

William's office at Clarence House also announced that there will be four bridesmaids and two page boys, including two of William's godchildren.

They are Grace van Cutsem, 3, and Tom Pettifer, 8. Pettifer is the son of Tiggy Pettifer, William and Harry's former nanny -- an important figure in the young Princes' lives, especially following the death of their mother in 1997.

Lady Louise Windsor, 7, the Hon. Margarita Armstrong-Jones, 8, and Eliza Lopes, 3, will be the other bridesmaids.

Lopes, meanwhile, is the granddaughter of Prince William's stepmother, the Duchess of Cornwall.

Details regarding the Bridesmaid's dresses and Page Boys' uniforms will remain a secret until the day of the wedding, Clarence House said.

Notable royals who have been left off the list include the Prince's cousin, Zara Phillips, who also announced her own engagement last year.

Wedding Planner, Sarah Haywood, gives CNN the lowdown on they myriad of duties the the average best man and maid of honor are expected to perform.

• Arrange the "stag" or bachelor party
• Assist the groom with choice of outfit
• Pick-out the ushers' outfits with the bride and groom
• Collect and return any hired formalwear
• Act as intermediary between the groom and ushers and ensure they know what elements of their outfit they will need to provide, or are expected to wear, on the day
• Attend the wedding rehearsal and learn how the ceremony will proceed and where the bridal party are to be seated
• Brief ushers of their required arrival time on the day
• Stay with the groom on the eve of the wedding
• Take responsibility for the groom's documents, money and valuables on the wedding day
• Get the groom to the ceremony at least 45 minutes before it starts
• Organize, oversee and brief the ushers
• Distribute buttonholes, corsages and Orders of Service
• Look after the wedding ring(s) and hand to the groom during the ceremony
• Escort the chief bridesmaid to the reception
• Ensure guests all have transport (if required) to the reception and know their way
• Check for items left behind at the ceremony and take to the reception
• Join the reception Receiving Line to welcome guests
• Take charge of the gift display and arrange delivery following the wedding
• Act as Master of Ceremonies if there is no official Toastmaster
• Make a fabulous, humorous and tasteful speech (and read telegrams, e-mails and cards from absent friends and family)
• Hit the dance floor with enthusiasm at the reception and invite singletons to dance

• Attend wedding dress fittings and know how to assist the bride with her dress on the day
• Help choose the bridesmaids' outfits and ensure they know what, if anything, they need to purchase themselves
• Rally the adult bridesmaids and keep them informed of their duties
• Liaise with younger attendants' parents to keep them and their children up to date with plans
• Organize a fabulous "hen" or bachelorette party
• Collect outfits and accessories
• Attend the ceremony rehearsal
• Stay with the bride the eve and morning of the wedding and assist her dress
• Meet the bride at the ceremony and arrange her dress and veil
• Oversee the bridesmaids, flower girls and pageboys
• Take the bride's bouquet during the ceremony
• "Strut her stuff" on the dance floor at the reception at the earliest opportunity