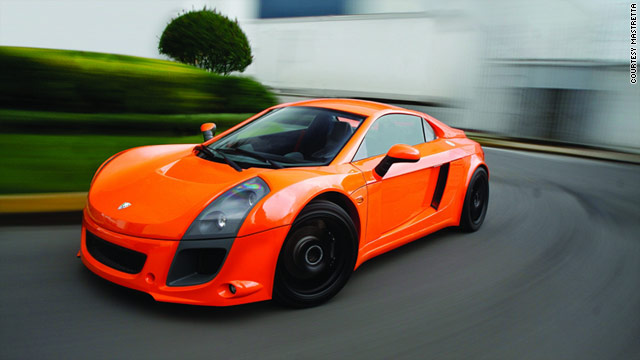 London (CNN) -- Mexico's ambassador to the UK has demanded a public apology from the BBC's flagship motoring show "Top Gear" after it characterized Mexicans as feckless and lazy.

In a letter to the BBC, Ambassador Eduardo Medina Mora Icaza said the BBC2 show, broadcast on January 30, had "resorted to outrageous, vulgar and inexcusable insults to stir bigoted feelings against the Mexican people."

"Top Gear" is one of the BBC's most successful exports with the BBC America website claiming that the "sharp wit of the presenters.... make it more than just a motor show."

Last month it was named most popular factual program at the UK's National Television Awards. A U.S.-made "Top Gear" is broadcast by History Channel, while Australia and Russia also make local versions of the show.

Reviewing the Mexican-made Mastretta MXT sports car, presenter Richard Hammond said: "Why would you want a Mexican car, because cars reflect national characteristics... Mexican cars are just going to be lazy, feckless, flatulent, overweight, leaning against a fence, asleep, looking at a cactus with a blanket with a hole in the middle on as a coat."

Earlier, fellow presenter James May joked that he couldn't remember the name of the car but suggested it should be called the "Tortilla." He then described Mexican food as "refried sick."

"Just imagine waking up and remembering you're Mexican?" added Hammond.

"It'd be brilliant because you could just go straight back to sleep all day," said co-presenter Jeremy Clarkson. He then joked that the show wouldn't receive a complaint from the Mexican Embassy because the ambassador would be sitting in front of the television snoring.

But Mora said it was "baffling and disappointing" that he had been "insulted before the people he has come to bring closer to our nation."

"These offensive, xenophobic and humiliating remarks only serve to reinforce negative stereotypes and perpetuate prejudice against Mexico and its people," he wrote.

Mora called on the presenters to apologize publicly during the show which, he said, had also been viewed in Mexico and around the world. The BBC said on its website it would respond directly to Mora.

In a statement on its website, Mastretta said it fully supported the ambassador's complaint which, it said, perfectly summed up the feelings of all Mexicans.

"You should apologize ASAP and take back your offensive comments towards Mexico and Mexicans," wrote David Berlanga. "I used to be a big fan of your show, but it's not so funny anymore when the presenters start insulting you, your country and your culture."

"Top Gear" is infamous for its outrageous and taste-pushing humor.

In the same episode, May declared it was well-known that murderers drove the Renault Espace, with Clarkson suggesting that police investigating murder cases should arrest anyone in the area driving a "practical Renault."