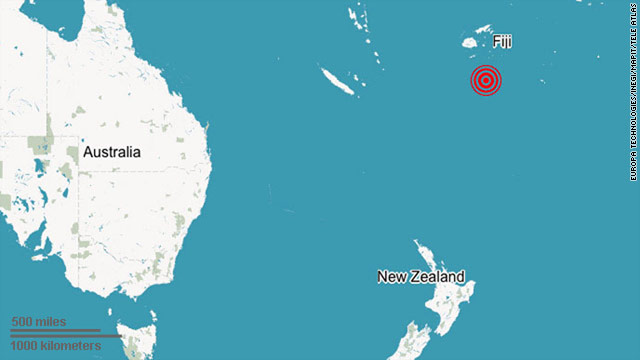 According to the U.S.-based Pacific Tsunami Warning Center, "a destructive tsunami was not generated, based on earthquake and historical tsunami data."

The quake struck at a depth of 626 kilometers, or about 390 miles below the earth's surface, the Geological Survey said on its website. Its epicenter was 74 miles south-southwest of Fiji's Ndoi Island, 281 miles south-southeast of the Fijian capital, Suva, and 264 miles west of Nuku'alofa in Tonga, according to the U.S. agency's estimations.

Besides the U.S.-based Pacific Tsunami Warning Center, the Japan Meteorological Agency also did not release any tsunami warnings or advisories as a result of the quake.