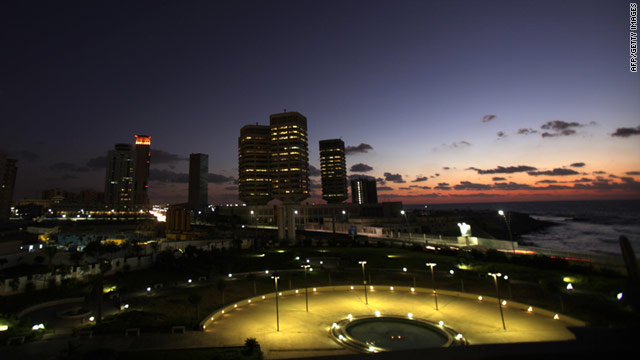 (CNN) -- [Updated 3 p.m. ET, Monday, September 12] The Libyan capital of Tripoli is seen in this photo taken Thursday at sunset.

Mustafa Abdel Jalil, the head of Libya's National Transitional Council, arrived in Tripoli this weekend. It was his first trip to the capital since he defected in February. Abdel Jalil was once the minister of justice under Moammar Gadhafi.

Gadhafi's whereabouts are still unknown. On Monday, his supporters clashed with opposition fighters near Bani Walid, one of three major pro-Gadhafi towns.

Meanwhile, the NTC announced that a governing committee would be created within 10 days and include representatives from across Libya.

"A transitional government will be formed once all of Libya is liberated," chairman Mahmoud Jibril said.

In our photo challenge, "silvertiger7" was first to respond and first to answer correctly. Well done! Several people also mentioned that the skyscrapers, the Dhat El Emad towers, are part of Tripoli's central business district.