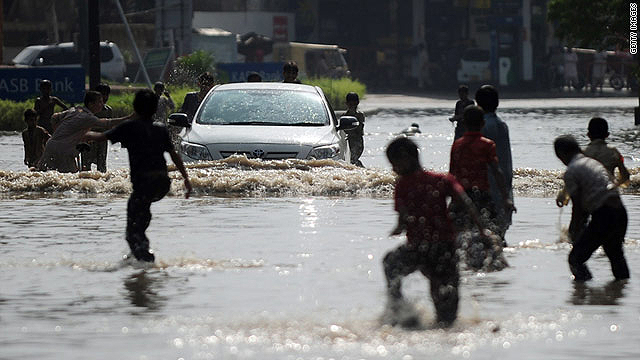 About 200,000 people have been displaced by the flooding and need immediate assistance, the U.N. Office for the Coordination of Humanitarian Affairs said in a statement released Saturday.

Joint U.N.-Pakistani teams are on the ground in the region to assess the damage, said Timo Pakkala, the U.N. Humanitarian Coordinator in Pakistan.

The teams are "seeing first hand today the devastation and vast amount of flood water in Sindh," Pakkala said.

Torrential rains during the annual monsoon season have inundated an estimated 4.2 million acres of land, the U.N. said.