Authorities detain 3 in investigation of bombing outside Delhi court 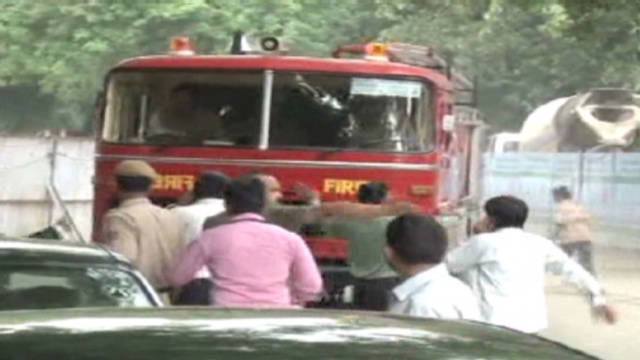 "We are questioning the owner of a cyber cafe and some other people to establish the identity of the email sender, said K. Rajendra, a police director.

"We can confirm the email was sent from Kistwar area."

Eleven people were killed Wednesday when a bomb inside a briefcase went off outside the court, the Home Ministry said. An additional 74 people were injured.

It was the second explosion outside the court complex in four months.

The NIA, a security agency set up after the Mumbai terror attacks in 2008, has joined the investigation along with police and the National Security Guard.

The blast took place mid-morning, after the court opened and shortly before cases usually begin.

It was a particularly busy day at the court.

Wednesdays are dubbed "public interest litigation" days, when many members of the public arrive to put cases before judges. The briefcase was placed in front of Gate No. 5, used by litigants and lawyers.