From Shaan Khan, For CNN 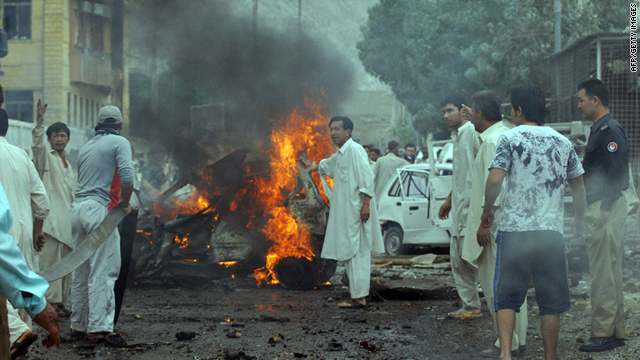 Local residents gather at the site of a car bomb blast in Quetta, Pakistan, on Wednesday.
STORY HIGHLIGHTS
RELATED TOPICS

(CNN) -- Eleven people were killed and 21 injured when a car bomb exploded Wednesday near a crowd of worshippers celebrating Eid al-Fitr in southwest Pakistan, police said.

The attack occurred in the city of Quetta in Balochistan province, said Abdullah Afridi, a senior police official.

The suicide bomber was trying to get farther into the crowd to cause maximum damage but was stopped by strict security measures, Afridi said.

"The strength of the explosion blew body parts and glass from nearby shops into the air," he said.