By Shaan Khan, For CNN 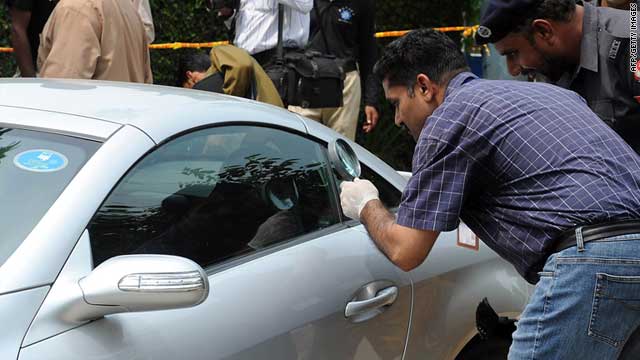 Islamabad, Pakistan (CNN) -- The son of slain Gov. Salman Taseer was kidnapped Friday afternoon in a wealthy neighborhood in the city of Lahore, police said.

Shahbaz Taseer was abducted from his car as he was on the way to his office, senior police official Abdul Razaq Cheema told reporters.

Lahore police chief Ahmad Raza Tahir, appearing on Pakistani television, told reporters that a squad of 16 security personnel had been provided to Taseer for protection, as he had earlier reported receiving a series of anonymous threats.

However, a provincial minister told reporters that the security detail was not with Taseer during the kidnapping. He said four armed men abducted Taseer in the Gulberg neighborhood, blocking his car with a motorcycle and a four-wheel drive vehicle.

Taseer ran several family businesses after the death of his father. Salman Taseer was a renowned businessman and governor of Punjab province who was assassinated by one of his own security guards earlier this year.

Police say bodyguard Mumtaz Qadri confessed to gunning down Taseer because of the governor was critical of the country's blasphemy law. The controversial legislation has been criticized by some as being used to entrap minorities.