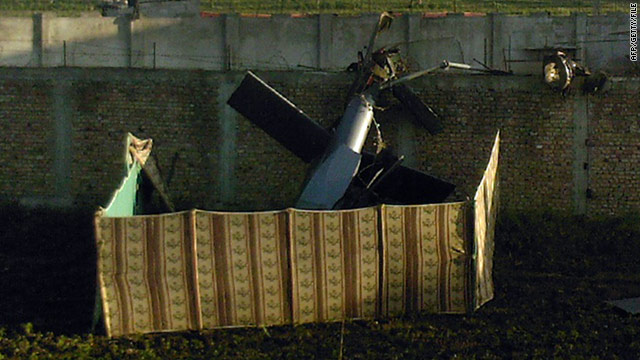 Washington (CNN) -- The United States is concerned that Pakistan may have given China access to the high-tech helicopter that crashed in the U.S. raid on Osama bin Laden's compound, a U.S. official said.

"We have reason to suspect China was given access but we cannot confirm it definitively," said a U.S. official who is not authorized to discuss intelligence matters publicly. "We have strong suspicions."

The comment came Monday after news reports suggested Pakistani authorities may have allowed Chinese engineers to see the stealth aircraft. Pakistan's military has denied the allegation, saying there is "no truth to the report."

In a written statement, Maj. Gen. Athar Abbas told CNN the claim is part of a "malicious campaign" against Pakistan's security forces. Abbas "expressed his astonishment at the far-fetched reporting of certain foreign media outlets," the statement said.

The Chinese Ministry of Defense has denied the report "and denounced it as ungrounded and ridiculous," said Wang Baodong, a spokesman for the Chinese Embassy in Washington. He declined to comment further.

The Financial Times newspaper in London reported that it had learned that Pakistan "allowed Chinese military engineers to photograph and take samples from the top-secret stealth helicopter." It added that "people close to the White House and the Central Intelligence Agency" told the paper that "the Chinese were in fact given access to the helicopter." China declined to comment, the article said.

The New York Times reported that "Pakistan's intelligence service probably allowed Chinese military engineers to examine the wreckage," citing "American officials and others familiar with the classified intelligence assessments." It noted that the "American assessments were disclosed" by The Financial Times.

When the aircraft crashed during the raid that killed the al Qaeda leader in May, Navy SEALs destroyed most of it to protect the technology. But the tail section remained mostly intact and it was that area that the Chinese engineers examined, according to the New York Times report.

China and Pakistan enjoy a long-standing military relationship, and the May raid that killed bin Laden -- staged without informing the Pakistani government -- stoked tensions between Washington and Islamabad. In July, the United States said it was withholding $800 million in aid to Pakistan.

"They've taken some steps that have given us reason to pause on some of the aid which we're giving to the military, and we're trying to work through that," White House Chief of Staff William Daley said at the time.