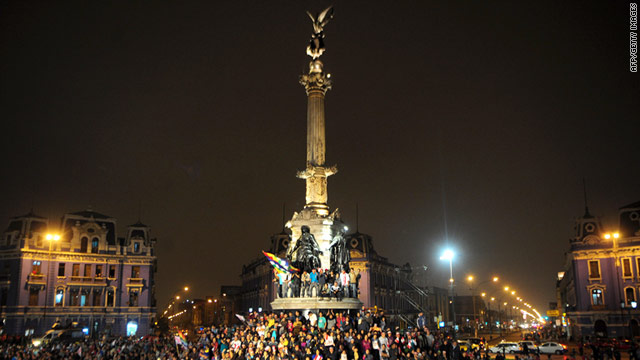 Humala was sworn in as Peru's new president Thursday, succeeding Alan Garcia. In his first address, Humala promised reforms and services to the poor. He also said that he wants "to be seen as a defender of human rights and of freedom of the press and expression."

The Plaza Dos de Mayo has been a central Lima landmark for more than a century. It commemorates the Battle of Callao, which took place in 1866 and saw Peruvian forces fight off Spanish ships.

"Eagleperu" was the first CNN.com reader to answer correctly in our photo challenge. This might have been the toughest one in a while. Paris, Rome, Mexico City and Barcelona were popular guesses.