From Nasir Habib and Bushra Taskeen, For CNN 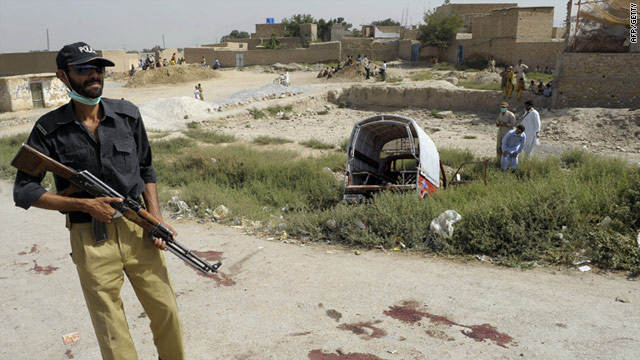 A policeman stands guard July 30 at the site of an attack on a passenger van on the outskirts of Quetta, Pakistan.
STORY HIGHLIGHTS
RELATED TOPICS

A local passenger van was transporting Shia Muslim passengers in the outskirts of Quetta when two gunmen opened fire, said Nazir Ahmed, a senior police official in the city, which is the capital of Balochistan province.

Balochistan has long been plagued by sectarian violence between Sunnis and Shias, and separatist Baloch militant groups who demand political autonomy.

The attack comes a day after at least seven people were killed and eight others injured in Quetta, police said.

In the Friday attack, militants on two motorcycles opened fire on a group of people in the city, said Fareedullah Bareech, superintendent of police.

Bareech said the victims were waiting for a bus bound for Iran from Quetta when they were attacked.

"This was an act of sectarian terrorism," Bareech said. He said the assailants fled.