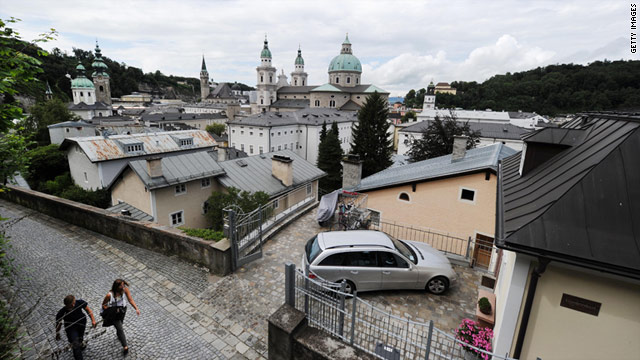 This week's "Where in the world ...?" is the picturesque city of Salzburg, setting for parts of the 1965 film "The Sound of Music" and home to the annual Salzburg Festival which starts Wednesday.

Since 1920, the festival has showcased some of the world's greatest orchestras, opera singers and playwrights. Salzburg is also the birthplace of music great Mozart.

Reader "pauldgaul" had no problem guessing the location, submitting the first correct answer in this week's challenge. Quickly following were "cgouyonnet" and "leadbelly66." Congrats!