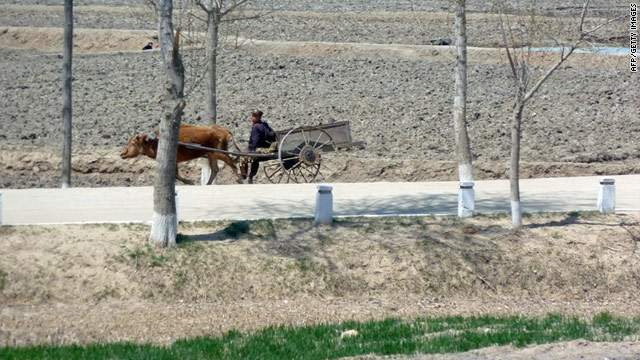 The European Commission said it found evidence of North Koreans eating grass due to the severity of food shortages.
STORY HIGHLIGHTS

"Our experts saw severely malnourished children in hospitals and nurseries where no treatment was available," said Kristalina Georgieva, EU Commissioner for International Cooperation. "Clearly, North Korea's chronic nutrition problem is turning into an acute crisis in some parts of the country."

The EU claims there will be strict monitoring procedures in place to ensure the food gets to those it is intended for.

The body will "not hesitate to end its humanitarian intervention" if it finds evidence of the aid being diverted, Georgieva said.

The aid has been earmarked for children under five who have been hospitalized with severe acute malnutrition, pregnant and breast-feeding women, hospital patients and the elderly.

The EU mission says it found evidence of North Koreans eating grass due to the severity of the situation and the average person consumed less than 400 calories per day -- a fifth of the daily average nutritional requirement and equivalent to a small bowl of rice.

The World Food Programme will oversee the delivery of the aid package from the 27-nation bloc.

The United States also sent a team of experts to North Korea recently but the Obama administration has not yet decided whether to give food aid. Officials say monitoring where the aid ends up would be crucial.

The United States cut off its food aid donations to the country in 2008 when North Korea pulled out of the six-party talks on nuclear disarmament. South Korea has not given food aid to its neighbor since 2007.

He was traveling with the Elders, an independent group of global leaders founded by former South African President Nelson Mandela.