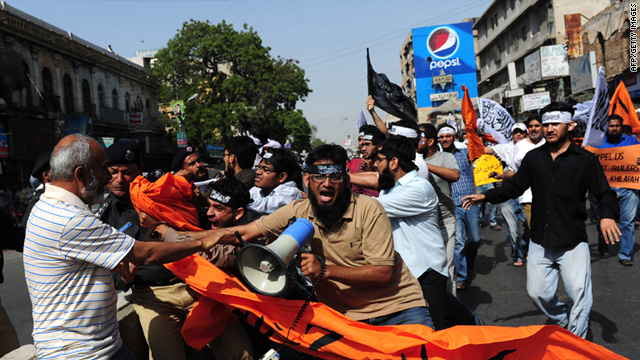 Brig. Ali Khan, stationed at military headquarters in the garrison town of Rawalpindi for the past two years, has been in custody for the past two days over alleged links to the militant group Hizb ut-Tahrir, said spokesman Maj. Gen. Athar Abbas.

He said the Pakistani army follows a "zero tolerance policy" for anyone "indulging in such illegal and unauthorized activities." An investigation into Khan is ongoing.

Khan's detainment comes as Pakistan's ties to the United States have been strained over strategy in combating terrorism.

Washington has complained that Pakistan has not done enough to fight al Qaeda and other militants. Senior U.S. officials also suspect that some in Pakistan helped bin Laden live there.

Hizb ut-Tahrir has been critical of Pakistan's American allies and has called for an end to the U.S. military presence in the South Asian nation.