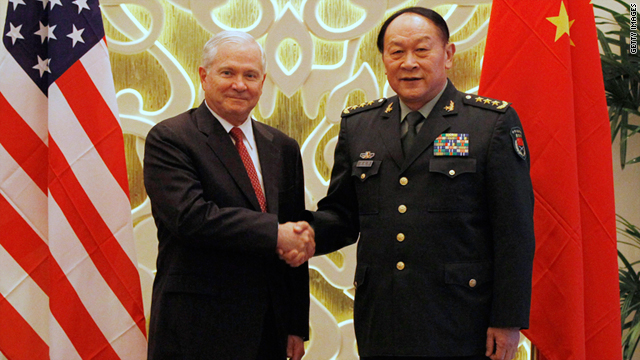 Singapore (CNN) -- U.S. Defense Secretary Robert Gates on Saturday warned that clashes could occur in the South China Sea if nations in the area do not agree on ways to deal with disputes.

"Without rules of the road, without agreed approaches to deal with these problems, then there will be clashes. I think that serves nobody's interest," Gates said at an annual Asia security meeting hosted by the International Institute for Strategic Studies.

Gates statement comes amid tensions as China stakes claims on sovereignty in the South China Sea and other nations disputes these claims.

Despite an economic downturn and budget cuts, the United States will keep its commitments and "robust military engagement" in Asia, Gates said.

Gates told the audience of defense ministers and military leaders that there has been significant growth in U.S. engagement in Asia in recent years, "even at a time of economic distress at home and two major military campaigns ongoing in Iraq and Afghanistan."

The U.S. record in Asia shows, "irrespective of the tough times the U.S. faces today, or the tough choices we confront in the years to come, that America's interests as a Pacific nation -- as a country that conducts much of its trade in the region -- will endure," Gates said.

Gates - who met with China's Defense Minister Gen. Lian Guanglie on Friday -- said the U.S was working with China "to build a positive, cooperative and comprehensive relationship."

Continued cooperation and regional military exercises will continue to play a vital role in regional stability, Gates said in his speech.

And while continuing to modernize base agreements with allies, Gates said, "We've taken a number of steps toward establishing a defense posture across the Asia Pacific that is more geographically distributed, operationally resilient and politically sustainable."

Gates talked about changes he has seen during his tenure as defense secretary.

"One of the most striking -- and surprising -- changes I've observed during my travels to Asia is the widespread desire across the region for stronger military-to-military relationships with the United States -- much more so than during my last time in government 20 years ago," Gates said.

Gates retires at the end of the month.