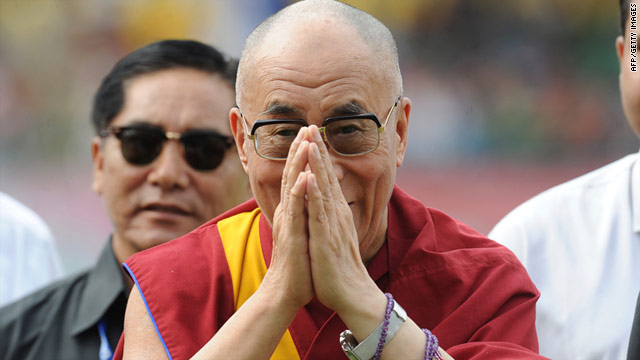 The Dalai Lama will remain as the spiritual leader of the global Tibetan community.
STORY HIGHLIGHTS

The Tibetan spiritual leader approved amendments to the exiled constitution to enable him to devolve his political responsibilities into the community's elected leadership and judiciary, according to officials.

Lobsang Choedak, a spokesman for the exiled Tibetan government, said the changes were carried out during a three-day session of its parliament in the Himalayan town of Dharamsala, India. The Dalai Lama approved them Sunday.

The amendments came after a special assembly of Tibetans urged the Dalai Lama to reconsider his decision to cede his ceremonial powers, a plea he rejected, Choedak said.

Lobsang Sangay, who was elected head of Tibet's government-in-exile last month, now fills the shoes of the Dalai Lama as "head of state," Choedak said.

But the Dalai Lama remains the spiritual leader of the global Tibetan community. In March, the Dalai Lama announced his plan to retire as political head of the Tibetan exile movement, saying the community needed an elected leader "to whom I can devolve power."

"The essence of a democratic system is, in short, the assumption of political responsibility by elected leaders for the popular good," he said in his March message to Tibet's parliament-in-exile. "In order for our process of democratization to be complete, the time has come for me to devolve my formal authority to such an elected leadership."

The Dalai Lama fled China 52 years ago, on March 10, 1959, after a failed uprising against Chinese rule.