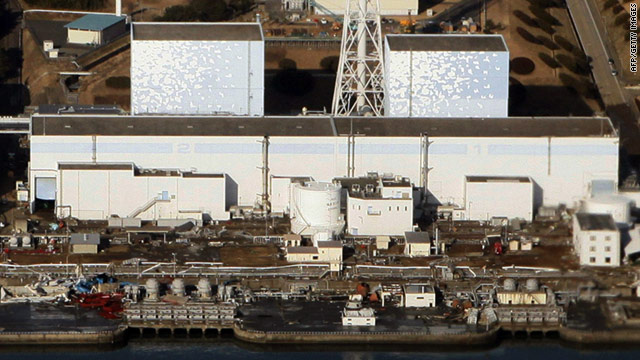 An aerial view of the quake-damaged Fukushima nuclear power plant in the Fukushima prefecture on March 12, 2011.
STORY HIGHLIGHTS

(CNN) -- A worker died after collapsing at a facility in the crippled Fukushima Daiichi nuclear power plant in Japan, its owner said Saturday.

The man in his 60s was rushed to hospital unconscious after working for 50 minutes, according to Tokyo Electric Power Co., the plant's owner.

He was declared dead at the hospital on Saturday morning. The cause of death is unknown.

The contract worker was on his second day at the plant, and was wearing protective gear at the time, the company said.

He was exposed to 0.17 millisieverts of radiation, the company said.

Japanese health officials have set a cumulative limit of 250 millisieverts per year before workers must leave the plant.

The plant has faced a series of setbacks since a magnitude 9.0 earthquake and tsunami struck on March 11. The disasters triggered a glitch in the plant's cooling system, and caused radiation to leak.

As crews work to bring the problems under control, the government said this week it would compensate more than 78,000 displaced by the nuclear disaster.