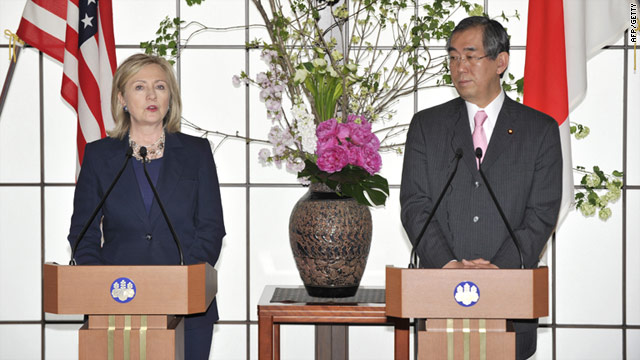 Tokyo (CNN) -- The U.S. secretary of state and the Japanese foreign minister on Sunday announced plans for a joint reconstruction venture as the Asian nation grapples with a nuclear crisis following a devastating earthquake and deadly tsunami.

"Our two governments ... have agreed to create a public-private partnership for reconstruction," Clinton said. "We wish to enhance cooperation between Japan and American businesses, between civil society groups, public officials, under the guidance of the government of Japan, with its planning."

Appearing with Clinton and Japanese Foreign Minister Takeaki Matsumoto was Tom Donohue, the president of the U.S. Chamber of Commerce, and Deputy Secretary of State Tom Nides.

"Their presence here is a reflection of the American business community's full faith in Japan's economic recovery," Clinton said.

Details on the "public-private venture" are still being worked out, but the reconstruction program will be majority Japanese.

The United States is acting out of longtime friendship in helping Tokyo confront a "multidimensional crisis," Clinton said.

She arrived in Tokyo on Sunday, about five weeks after the nation has hit with the earthquake and tsunami that left more than 13,000 people dead.

Matsumoto said the United States has provided "great support" to the nation during the tragedy.