Karzai: Afghanistan to take over security in parts of the country 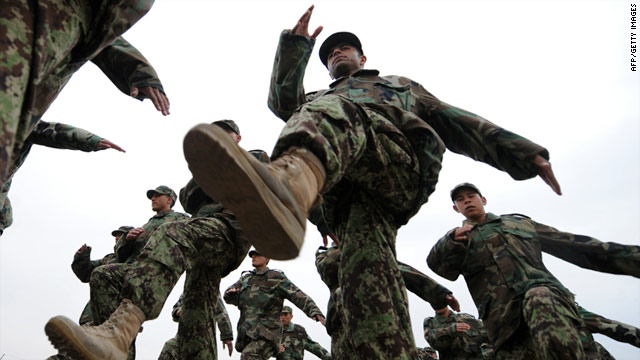 Kabul, Afghanistan (CNN) -- Seven areas of Afghanistanwill begin to be handed over to Afghan forces to maintain their security in July, Afghan President Hamid Karzai said on Tuesday.

The announcement from the president marks the first step in NATO's long-awaited plan to hand over security to a series of provinces across the country, leading up to 2014 when it is expected that Afghan security forces will be in control of the whole country.

"As we have long said, the Afghans themselves must take responsibility for their own future -- for providing security, for strengthening governance and for reaching a political solution to the conflict," Clinton said in a prepared statement. "The United States continues to support the Afghan people as they work to build a more stable and peaceful nation, and we remain committed to the goal of a region that is free from Al Qaeda and no longer a safe haven for international terrorism."

"This represents the next stage of Afghanistan's journey," said NATO Secretary-General Anders Fogh Rasmussen. "We are committed not to leave any security vacuum that could breed extremism."

The "transition is a process. It is not flipping a switch. Certainly Afghans will be in the lead but we are still here and will still help," said Lt. Col. John Dorrian, a spokesman for NATO's International Security Assistance Force.

He said the decision to begin transitioning Lashkar Gah, an area in the restless province of Helmand, was a "testament to the progress made in the south." Areas to be handed over include parts of the capital Kabul.

Southern regions such as Kandahar and Helmand provinces have long been major fronts in the war against the Taliban.

In a speech last month, Karzai talked about this upcoming transition. During that speech, Karzai credited the influx of 70,000 international forces in 2010 for improving the situation and helping Afghan security forces.

"We are determined to demonstrate Afghan leadership and ownership of the transition process," he said.