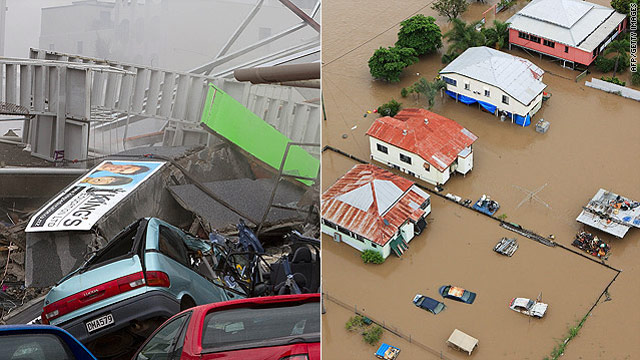 The prince will visit Christchurch in New Zealand on March 17 on behalf of Queen Elizabeth II, as the city recovers from a devastating earthquake which struck the central business district just before one o'clock in the afternoon on February 21, killing more than 150 people.

The trip will come six weeks before his much-anticipated wedding, though fiance Kate Middleton will remain behind in the UK.

According to his website, William will meet those affected by the disaster as well as members of the emergency and other support services, before attending a memorial service.

The official death toll from the quake stands at 155 but is expected to increase as the recovery process continues. On Tuesday, New Zealand's civil defense minister issued a week-long extension of the national state of emergency and said it would likely continue for several more weeks "due to the scale of this disaster."

"I think all New Zealanders will appreciate the gesture from the Queen to ask Prince William to come down," he told reporters. "It's a very important step that he's taking because it shows you the international feeling for Christchurch and Cantabrians."

The 28-year-old will also visit the town of Greymouth on the west coast of the country to pay his respects to the 29 miners killed in an underground explosion at the Pike River mine in November.

He will then travel across the Tasman Sea to spend two days touring towns devastated by the recent cyclone and flooding in Queensland, Australia, before moving south to visit flood-hit areas of north-west Victoria.

In January, 20 people died and thousands of homes were wrecked in severe flooding across much of coastal Queensland, which affected an estimated 3.1 million people. Entire towns were submerged by rising floodwaters, forcing residents to flee to higher ground.

The region was then battered by a massive cyclone just after midnight on February 3, leaving more than 170,000 homes without power, according to the emergency services minister.

Australian Prime Minister Julia Gillard announced a one-off tax aimed at helping to for pay the estimated $5.6 billion (US$5.58 billion) in damage caused by the flooding.