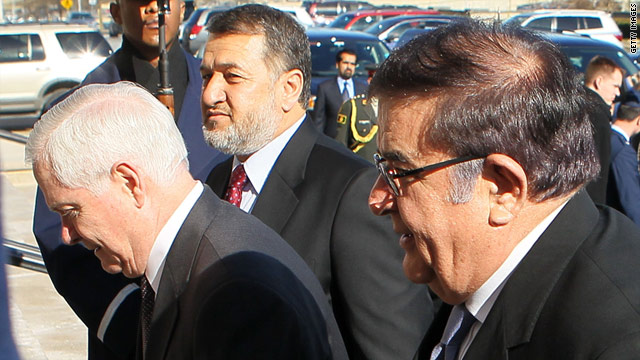 Washington (CNN) -- Afghanistan will need help from the United States after a planned withdrawal of U.S. troops in 2014, Afghanistan's defense minister said Wednesday.

Minister Abdul Rahim Wardak made the comment to Defense Secretary Robert Gates during a visit to the Pentagon in Washington.

Gates complimented Afghanistan for taking what he called an increasingly leading role in their security.

President Barack Obama has announced plans to begin withdrawing some troops from Afghanistan this July, with all U.S. combat troops scheduled to be out of Afghanistan by 2014.

Yet some U.S. and NATO troops are likely to remain in Afghanistan after that date.

In November, at a conference in Lisbon, Portugal, NATO Secretary General Anders Fogh Rasmussen signed a long-term partnership agreement with Afghan President Hamid Karzai under which "NATO will stay as long as necessary to support Afghanistan until it can no longer become a safe haven for terrorism."

In January, Vice President Joe Biden said U.S. troops will stay in Afghanistan beyond 2014 if Afghans want them to.