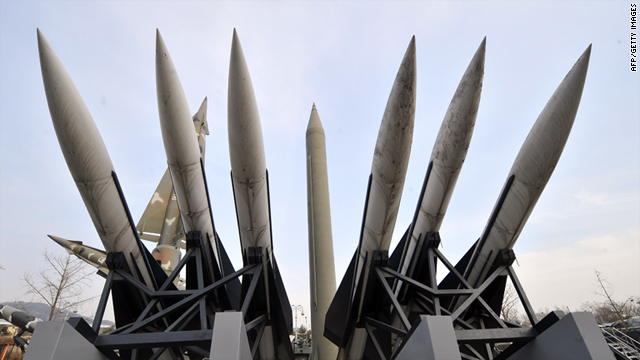 Washington (CNN) -- North Korea has completed the structures at a second missile launch site in the northwest part of the country, a U.S. official said Thursday.

The admission comes on the same day that new satellite imagery, taken by GeoEye on January 10, was released showing a tower, a movable launch pad and swing arms, according to an analysis by Globalsecurity.org.

"The facility comprises a rocket engine test stand, missile assembly and test buildings, a launch bunker and an observation tower, making it a more advanced facility than its other North Korean counterpart at Musudan-ri," according to a Globalsecurity.org description of the image.

But the official said it is not clear whether the technical components, the electronics, are in place that would allow for a launch from the site, which is near Tongchang-dong.

In either case, the official said, there is no indication that the North Koreans plan a test launch in the near term. The intelligence community has been closely watching the site for some time.

The official, who asked not to be named because the official was not authorized to speak on the issue, said the location of the facility allows North Korea to launch heavier payloads.

The Defense Department would not comment on the new picture.

"We don't comment on press reports regarding intelligence matters. However, we continue to call on North Korea to fulfill its international obligations; cease provocative behaviors; and take steps to improve relations with its neighbors," said Pentagon spokesman Col. Dave Lapan

The nation previously announced it was working on developing the capacity to launch a space satellite. This site would allow them to do so but, the official cautioned, the site could also be used to launch intercontinental ballistic missiles (ICBMS) which could pose a threat to the United States and other nations.

"It's a dual-use facility," said the official. "The issue is intent."

The location of the facility also would allow North Korea to launch a payload at an angle that would avoid an flight over other nations.

The head of U.S. military operations in Asia said that while he is not aware of any signs from North Korea of a near term missile test, he anticipated that the next likely provocation from North Korea could be in months, not years, due to a succession push.

"Due to the dynamics of North Korea with succession and the long history of this occurring, our concerns are that we're in a period of compressed time line for Kim Jong Il to train Kim Jong Un in these, in these coercive measures," Adm. Robert Willard, commander of U.S. Pacific Command, said Thursday in a speech to the Asia Society. "Their continued development, export, proliferation of weapons will remain a regional challenge and an international challenge likely for some time to come...So this is a major concern of ours...it should concern us all."

In April 2009, North Korea attempted a test to launch what they said was a satellite into space from its other launch site near Musudan-ri, in the northeast. The missile flew over Japan before crashing into the sea. The launch was widely condemned.