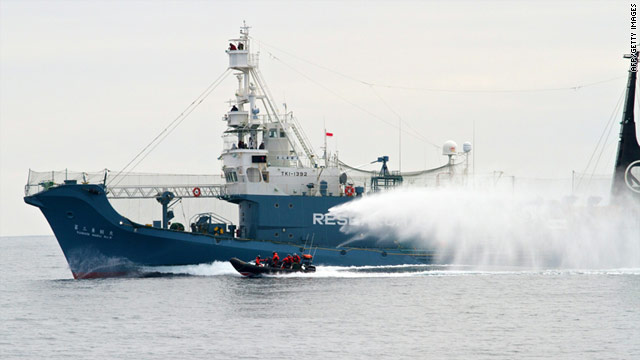 (CNN) -- Japan has suspended its annual Antarctic whale hunt because an anti-whaling group is tailing its ship, a government official said Wednesday.

Hirosh Kawamura, an official at the Ministry of Agriculture, Forestry and Fisheries, said the hunt has been "temporarily suspended" since February 10 due to the actions of the Sea Shepherd Conservation Society.

"We have experienced the dangerous attacks from them, it might take the life of crews," he said. "Considering the safety as the first priority, we decided to halt the whaling temporarily."

Sea Shepherd regularly dogs Japanese whaling vessels during their hunts to make their task more difficult and to lower the number of whales harvested.

Sea Shepherd has said the science argument is a sham, noting that the whale meat is sold in Japan and served in restaurants.