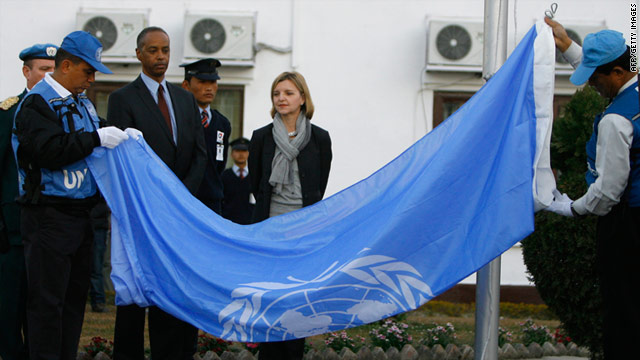 (CNN) -- The Nepalese government has reached a deal to help reinforce peace after the United Nations ends its mandate in the nation early Sunday morning.

The U.N. mission in Nepal was set up four years ago to push for peace following a decade-long conflict between Maoist insurgents and state forces. At least 13,000 people died in the violence, the United Nations said in a statement.

"I congratulate the government and the Unified Communist Party of Nepal-Maoist for agreeing on arms monitoring arrangements, which are so crucial to reinforcing confidence in the peace process," said Karin Landgren, U.N. envoy to Nepal.

"I hope the parties will build on this to implement the long-awaited integration and rehabilitation of the Maoist army personnel."

The U.N. said in a statement that its mandate included monitoring arms and armed personnel to the Nepal and Maoist armies. Reintegration of former Maoist rebels into the Nepal army or the police was left up to the parties involved, the United Nations said.

The U.N. Security Council reiterated its support for the peace process, and urged the parties to team up to resolve the remaining peace issues.