Sydney (CNN) -- More evacuations were underway in the flood-ravaged Australian state of Queensland on Tuesday as waters continued to rise.

Relief teams continued rushing supplies into the eastern city of Rockhampton. In some of the state's more rural areas, farmers said they were scrambling to send tons of crops out before waters damaged them and flooding made their transport impossible.

Police said 10 people have died as a result of flooding since November 30 -- many of them swept away by swift waters. An area the size of France and Germany combined has been affected.

Are you there? Send us your video and photos via iReport.

Authorities reported that rising floodwaters had cut off the last ground route into Rockhampton on Monday, but later said it was still open. The airport in the city of 75,000 people closed Sunday and was expected to remain closed for weeks, according to Emergency Management Queensland. 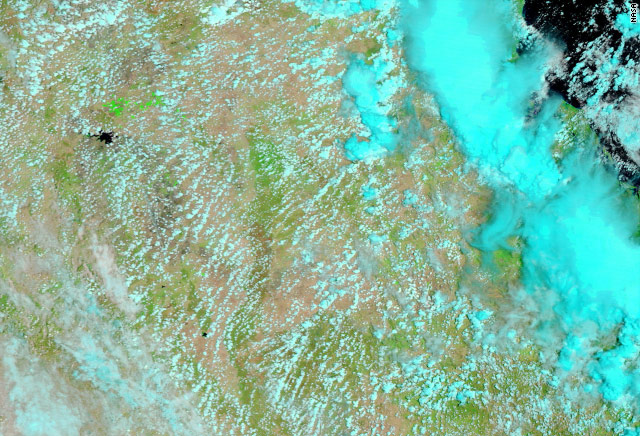 Floods: Before and after
RELATED TOPICS

The seasonal flooding afflicting Queensland intensified about a week ago after monsoon rains caused rivers to spill their banks and reach record levels.

Police have pegged the number of people affected by prolonged flooding at 200,000. In Rockhampton, authorities estimated that around 500 homes had been evacuated, with more evacuations expected as floodwaters rise.

Forecasters said it could be days before conditions improve.

In Emerald, north and west of the current flooding threat, waters have begun to recede even though thousands of homes still have floodwater nearby, Assistant Police Commissioner Alistair Dawson said.

Dawson warned residents who have been allowed to return to their homes about placing valuables outside to dry, saying some people could be tempted to take such items. He also warned would-be thieves against such acts, noting additional police have been deployed to affected communities.

Prime Minister Julia Gillard urged residents to stay away from floodwaters. On Friday, she toured the devastation and said the flooding in Queensland will cost "hundreds and hundreds of millions of dollars."

On Monday U.S. Secretary of State Hillary Clinton said the United States was monitoring the situation and "was ready to provide assistance."