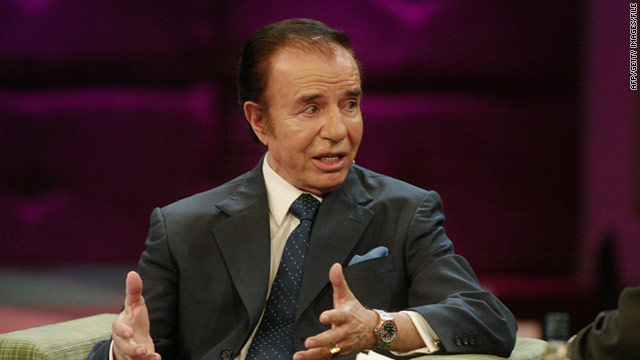 Menem was facing up to eight years in prison after allegations that he authorized the illegal sales of weapons to Ecuador and Croatia between 1991 and 1995. Menem was president from 1989 to 1999.

Prosecutors charged that Menem and 17 others had violated United Nations and Organization of American States embargoes, because both Ecuador and Croatia were involved in armed conflicts at the time.

After Tuesday's ruling, prosecutors said they planned to appeal.

Menem has maintained his innocence.

Last month, he told judges at the Buenos Aires court that his actions as president were "limited to signing decrees exporting weapons to Venezuela and Panama."

"From there, all the proceedings that were carried out were out of control of the president," he said.

The case against Menem and other government officials began in October 2008, Argentina's judicial authority said. More than 380 witnesses testified, the statement said.

Court officials will reveal further details about the ruling in November, the judicial authority said.