From Javier Estrada, For CNN 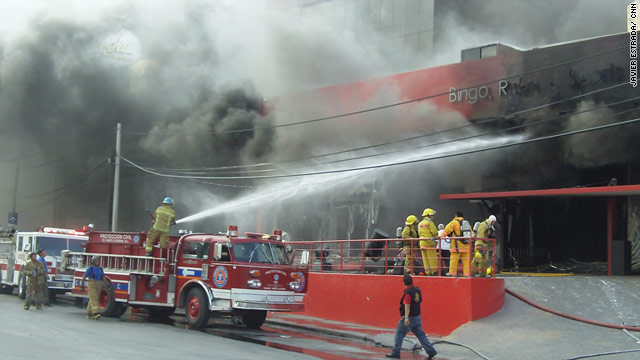 Violence in Nuevo Leon has been rampant, including a grenade attack at a casino in the capital of Monterrey in August.
STORY HIGHLIGHTS

The aim of the approach, says Garcia Mayor Jaime Rodriguez Calderon, is putting a stop to crime in the 40,000-person city in Nuevo Leon state.

"Many people call me because their son or their husband has been kidnapped, or some family member's car has been stolen. I said to myself, 'Wow, how can we, the citizens, defend ourselves,' " Rodriguez told CNNMexico.com.

Twice this year, gunmen have tried to assassinate Rodriguez, who has earned the nickname of Bronco for his strong personality.

The training for people with weapons permits in Garcia is part of a phase of Rodriguez's security program aimed at "involving the citizens in defense of the region."

"Many of them want the training and knowledge ... to defend their families and their heritage," he said.

In addition to the weapons course, the project also includes broader training in its "urban defense" goals.

So far, about 3,000 people from Garcia and nearby cities have signed up for the course, including engineers, teachers, housewives and retired military.

The course's start date has not yet been scheduled. It will be free and take place in a city hunting club, where students will use .22-caliber guns for training.

Garcia's program is not the first citizen-defense proposal in Nuevo Leon state involving weapons. State lawmakers are also studying a proposal that would relax weapons restrictions there.

Nuevo Leon, which borders Texas, has seen a surge in violence as the Gulf Cartel and the Zetas drug gang fight over drug trafficking routes.