From Rodrigo Soberanes, For CNN 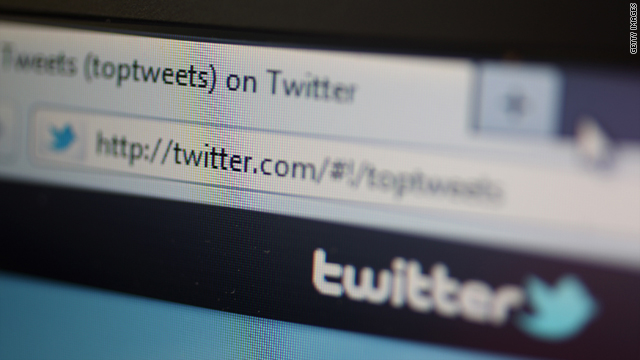 Authorities say false statements on Twitter and Facebook fueled last month's chaotic scene in the Mexican port city of Veracruz. Now two people who investigators say were behind the messages face terrorism charges and up to 30 years in prison for their posts.

But the pair's attorney said Monday that he is asking a federal judge to block the state's case, arguing that local authorities are abusing their power and violating free speech rights.

The August 25 posts spread rapidly on Twitter and Facebook. One claimed that five children were kidnapped. One mentioned bomb threats. Another described a helicopter firing gunshots at an elementary school. "Remain calm. I think that the children should be in their homes. Go get them," another post warned.

"With the goal of fostering fear people have been propagating the rumor that there is some sort of risk in the schools, which is FALSE everything is in order," Veracruz Gov. Javier Duarte posted on Twitter.

He followed with a post reminding Twitter users to scrutinize the source of information they read, then promised to prosecute those responsible.

"We have already located the origin of today's disinformation, I want to inform you that this will have legal consequences," he wrote, describing it as "terrorism" under a state law.

"I went to see him and he is calm, he knows that they are putting something on him that he did not do. He sees me and he acts calm so that I am calm," the mother told CNNMexico.com Monday, adding that she was overwhelmed and devastated by the situation.

Attorney Fidel Ordonez Solana says his clients -- Martinez and Maria de la Luz Bravo Pagola -- were "practically held hostage" during interrogations and were prevented from making phone calls or contacting a lawyer for days after their detention.

He is asking a Mexican federal judge to block the state charges and set his clients free.

"We are not against technology or against people posting on Twitter," he said in an interview with Radioformula, "but rather against those who are irresponsible."

The accused, according to Buganza, confessed that they sent messages "to generate terror, which they ultimately did."

But some free-speech advocates and fellow social media users have criticized the government's reaction, arguing that the possible punishment does not fit the crime.

The case caught the attention of Amnesty International, which released a statement calling on Mexican courts to respect the rights of the accused "to a fair trial and to freedom of expression."

Last month, a group of about 20 young people protested in front of the state's Congress demanding that government officials set the suspects free.

The penal code in Veracruz calls for a punishment of three to 30 years in prison for producing "alarm, fear (or) terror in the population or in a group or sector of it, for disturbing the public peace or trying to undermine the authority of the state."

Veracruz, a coastal state in eastern Mexico, has seen an increase in violence over the past three years, as criminal organizations fight over drug trafficking routes.

"Before attacking people who post on Twitter, we call on the governor to respect human rights, especially freedom of expression," said the Mexico-based Article 19 organization, named for the free-speech provision in the Universal Declaration of Human Rights. "The severe security crisis in Veracruz has nothing to do with statements on Twitter. It is caused by the incompetence of authorities."