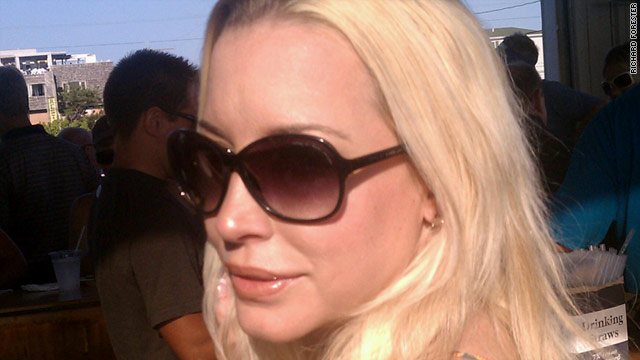 Tune in to "Nancy Grace" at 8 ET on HLN for updates from Aruba on an American woman who recently disappeared from the same area that Natalee Holloway vanished from in 2005.

Articles of clothing were found Friday in one mine, but authorities had not determined whether they are related to the disappearance of Robyn Gardner, Aruban Solicitor General Taco Stein told CNN.

FBI agents on Friday night searched the Maryland home of the suspect in the Gardner case, an agent said.

The search occurred in the Gaithersburg residence of Gary Giordano, who is being held in an Aruban jail, FBI Special Agent Rich Wolf told CNN.

Agents wearing vests that said FBI and carrying empty cardboard and plastic boxes arrived about 8:40 p.m. Friday. About 15 unmarked cars could be seen on the street, as well as a Montgomery County police vehicle.

Supervisory Special Agent Philip Celestini, who was at the residence, declined to comment further on the search, citing the active investigation.

Stein said earlier Friday that the suspect will appear in court Monday, where an investigating magistrate could order him held for at least eight more days, order him to remain on the island or release him outright due to a lack of evidence.

Giordano was arrested by Aruban police on August 5, three days after Gardner, 35, was last seen near Baby Beach on the western tip of the Caribbean island.

Giordano told authorities that he had been snorkeling with Gardner, also from Maryland, when he signaled to her to swim back, according to a statement. When he reached the beach, Gardner was nowhere to be found, Giordano allegedly said.

The area that Giordano led authorities to is a rocky, unsightly location that locals say is not a popular snorkeling spot.

Although prosecutors have continued to identify the 50-year-old American man by his initials, GVG, they also released a photo of a man who appears to be Giordano. His attorney, Michael Lopez, also has said that his client is being held as a suspect in Gardner's death. Lopez has not returned telephone calls seeking comment.

Giordano is no longer cooperating with authorities in the investigation, Stein has said.

According to Aruban prosecutors, the missing woman and the suspect arrived July 31 from the United States.

Lopez said Tuesday that his client came to Aruba on vacation with a female friend he had met on a dating site and has known for years.

The Aruban prosecutor's office has declined to say what evidence led authorities to suspect Giordano's involvement in Gardner's disappearance.

Richard Forester of Maryland said he and Gardner have been dating for the past seven or eight months.

He told HLN's Nancy Grace on Wednesday evening that Gardner wasn't the type to go into deep water, and she would more likely stay by the pool.

CNN's Carol Cratty and Kim Uhl contributed to this report.