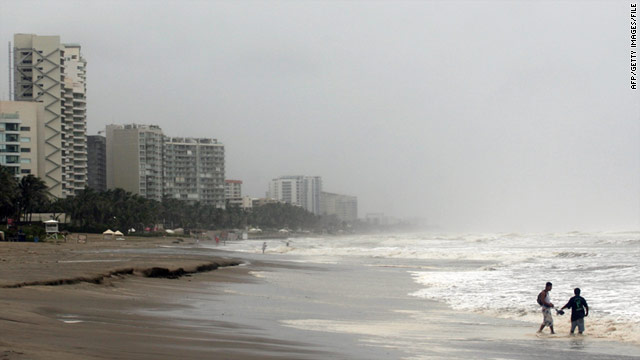 The beach in Acapulco in August 2010. Hurricane Dora was about 235 miles off the coast of Acapulco.
STORY HIGHLIGHTS
RELATED TOPICS

Dora was churning in the Pacific Ocean on a path that was moving it parallel to the southwestern Mexican coast, the center said.

The hurricane was about 235 miles off the coast of Lazaro Cardenas by Wednesday evening, the center said. It was moving at 16 mph in a west-northwest direction, which placed it on a route outlining the Mexican coast.

A tropical storm watch was in effect for the coastal area from Lazaro Cardenas to Cabo Corrientes, the center said.

The storm had maximum sustained winds of 135 mph.

"These swells are likely to cause life-threatening surf and rip current conditions," the center said.