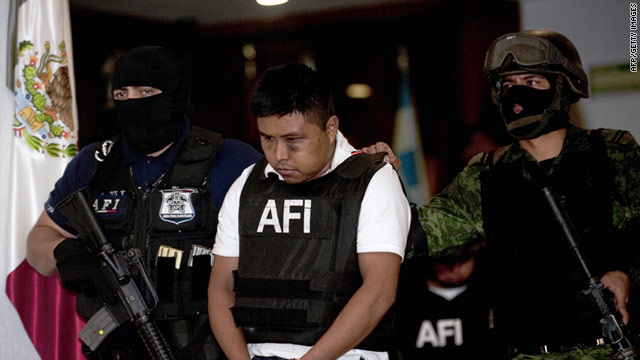 The clashes in the small town of San Jose de Lourdes, Zacatecas, led to the arrest of 17 people, Notimex reported.

The Los Zetas cartel is behind a string of massacres in Tamaulipas and as far as Guatemala, according to law enforcement officials in Mexico and the United States,

Barrios admitted to his involvement in the killing and burial of 193 people in the town of San Fernando, Tamaulipas, last April, officials said.

It's an "extremely brutal" cartel involved in kidnappings, torture and beheadings, according to the DEA.