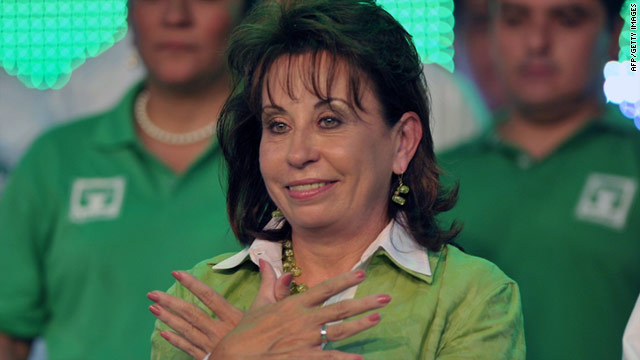 (CNN) -- Guatemala's former first lady, who divorced the sitting president in order to run herself for the top post, had her candidacy rejected by the country's electoral tribunal Wednesday.

The decision is a setback for Sandra Torres, who announced her intention to run for president in March, but had been dogged by critics who called her candidacy illegitimate because of a constitutional article that bars relatives of the president from seeking the high office.

To get around this law, Torres split from her husband, President Alvaro Colom. Many called the divorce a sham and many individuals, organizations and political parties filed motions to block it, but a judge allowed it.

Torres' party, National Unity of Hope, or UNE, confirmed the disqualification and said they would appeal, the state-run AGN news agency reported.

The electoral tribunal rejected Torres' candidacy due to "legal fraud," stemming from the divorce, AGN reported. The tribunal did not give further details, the agency said.