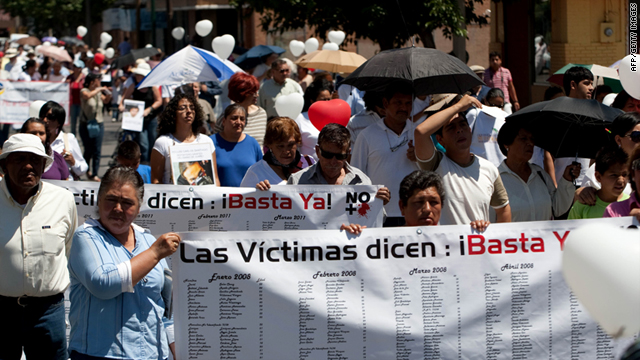 Mexico City (CNN) -- Mexican federal police arrested a drug cartel operative accused of attacking a police station with a car bomb and participating in the killing of a man that was then posted on the Internet, authorities said Thursday.

Marco Antonio Guzman Zuniga, nicknamed "Brad Pitt," was identified by police as a leader of La Linea, the Juarez cartel's enforcement arm. He was arrested Wednesday in the city of Chihuahua.

The state of Chihuahua had offered a reward of up to half a million pesos ($42,000) for information leading to his arrest.

Guzman Zuniga, 34, coordinated drug operations in several cities, including Chihuahua and the violent Ciudad Juarez, the Ministry of Public Security said in a statement. He is also accused of being involved in other criminal activities, including car theft and the murder of rivals and police who did not collaborate with the cartel, the ministry said.

He is an ex-policeman, authorities said.

Among the crimes that Guzman Zuniga is accused of carrying out is the July 15, 2010 attack on a police installation in Ciudad Juarez with a car bomb.

He is also accused of taking part in the killing of a man whose death was recorded and the recording distributed on the Internet.

Police also say Guzman Zuniga was responsible for an attack on a police deputy director in Chihuahua earlier this month. Two bodyguards were killed.