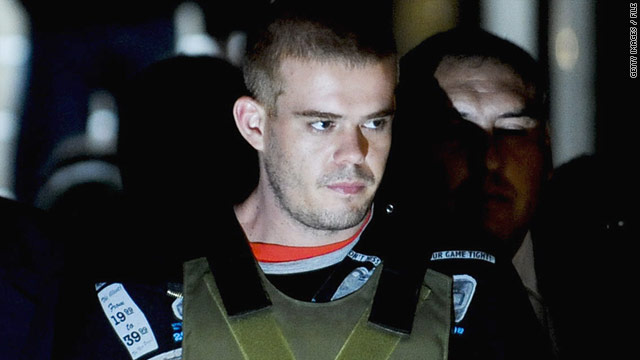 (CNN) -- The case against Joran Van der Sloot, who is suspected of killing a woman in a Peruvian hotel, was headed to the prosecutor's office on Wednesday.

Van der Sloot and his new private defense attorney were in court on Tuesday for a preliminary hearing. The hearing was held behind closed doors at the Castro Castro prison outside of Lima. No cameras were allowed.

The hearing was postponed last week because Van der Sloot did not have legal representation.

Van der Sloot was once the prime suspect in the disappearance in Aruba of American teenager Natalee Holloway, who vanished at age 18 while on a graduation trip. He was arrested twice but never charged in connection with her disappearance.

He was arrested in May 2010 following the death of Stephany Flores.

Formal charges could take up to two months to be filed, depending on the backlog. Once charges are filed against him, a three-judge panel will set the date for a trial to begin.

"For the Van der Sloot case, we may be looking at five to seven sessions for the oral proceedings, one session per week approximately," said Giovanna Gismondi, an expert on the Peruvian criminal legal system now teaching international relations at the University of Oklahoma.

Last week, Ricardo Flores described the first time he saw the alleged killer of his daughter face to face.

"It was a very tough moment," he told CNN June 8 shortly after leaving a courtroom inside the prison, noting that it seemed Van der Sloot was enjoying many privileges. "I thought I'd see someone skinny ... but no, he was fatter than when he first went to prison."

His daughter was found dead in a Lima hotel room registered to Van der Sloot in May 2010. Police say Van der Sloot took money and bank cards from her wallet and fled to Chile, where he was arrested a few days later.