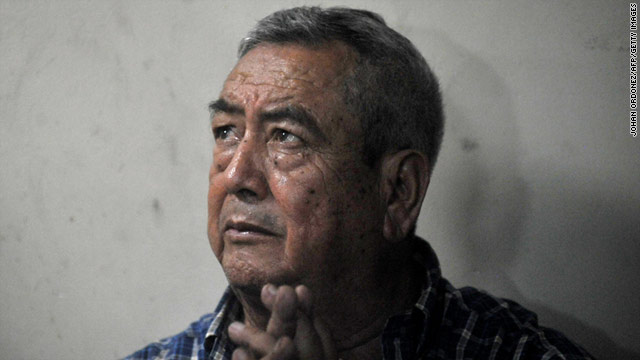 (CNN) -- Guatemalan authorities arrested an alleged drug lord wanted by both Guatemala and the United States for aiding the transit of cocaine for a Mexican drug cartel, officials said.

Waldemar Lorenzana Lima, described as one of the most wanted in the United States, was captured Tuesday by Guatemalan National Police in the central town of Jicaro, Attorney General Claudia Paz said.

Lorenzana and his three sons were labeled "Specially Designated Narcotics Traffickers" by the U.S. Treasury Department last year, a distinction that froze any U.S. assets and prohibits anyone from doing financial transactions with them.

The Lorenzanas played a key role in moving cocaine between Colombia and Mexico, and ultimately, the United States, according to the Treasury Department. Lorenzana used Guatemala as a trans-shipment point for the drugs from Colombia, and he would then transfer them to Mexico's Sinaloa cartel, which would take the contraband north.

The U.S. government was offering a reward of up to $500,000 for information regarding Lorenzana.

"This arrest shows that no one is above the law," Guatemalan Interior Minister Carlos Menocal said, the state-run AGN news agency reported.

Lorenzana was transferred to a court building, where he was awaiting a judge for an initial hearing.