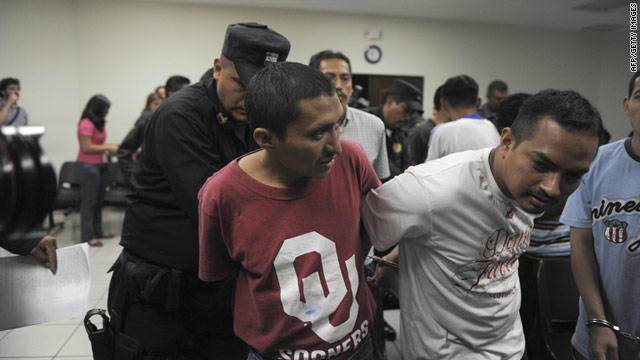 (CNN) -- Eleven gang members were convicted and sentenced in El Salvador for the killing of a foreign filmmaker who had documented their lives, the country's attorney general's office said.

Christian Poveda, a French documentarian, was killed in September 2009. The sentences came down last week.

Among those convicted was Jose Alejandro Melara, leader of the Mara 18 gang, who was sentenced to 30 years in prison for planning and conspiring to kill Poveda.

Convicted of homicide was Luis Roberto Melara, who was also sentenced to 30 years. Keyri Mayorga Alvarez, who was charged with being an accomplice to the killing, was sentenced to 20 years, local reports said.

"To convict these people we counted on the testimony of witnesses, documents and analysis of the telephone calls between the gang members and their victim, which succeeded to establish that there was planning and detailed execution," the prosecutor in the case said in a statement.

The remaining eight gang members will serve four years in prison for illegal association, including Napoleon Espinoza, a police officer. Twenty other suspects, accused of being accomplices, were acquitted.

Shortly before his death, Poveda, 52, had finished a documentary about a violent street gang, part of the Mara 18 criminal group in El Salvador. He was found shot to death September 2 in the town of Tonacatepeque, about 10 miles northeast of the capital, San Salvador.

Poveda's documentary, "La Vida Loca," follows the lives of members of the Mara 18 gang. His body was found in an area controlled by that same gang, officials said.

Poveda first arrived in El Salvador in the 1980s to cover the civil war as a photojournalist. He left to report from other war zones, but he returned to research and film the gangs in El Salvador.